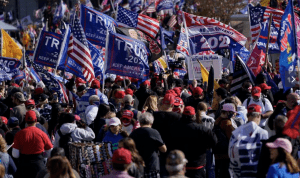 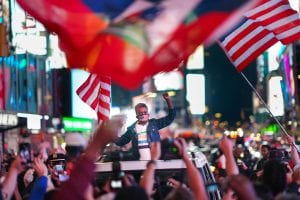 On Saturday, November 7, most major media outlets declared Joe Biden the winner of the 2020 presidential election.1 While the Biden team has already begun its informal transition, it has not yet been granted access to intelligence briefings, office space, or other elements of a formal transition.2 This formal transition cannot happen until the General Services Administration issues a “letter of ascertainment.”3 President Donald Trump has not formally conceded the election, as his campaign is continuing to file lawsuits, so far unsuccessfully, around the country.4

WATCH: “What Is the GSA, and What Role Does It Play in the Presidential Transition?” from CBS News

Biden’s inauguration will take place on January 20, 2021.5 While the outcome of the election is all but certain,6 much can still happen between November and January to shape the early months of the Biden administration. The transition to a new administration is a significant undertaking, involving every federal agency, staff members in the current administration, and staff members in the incoming administration. In the midst of an economic downturn, the COVID-19 pandemic, and an effort to develop, produce, and distribute a vaccine, a smooth transition may be even more difficult and necessary in 2020.7

What Happens During a Transition?

In order to be ready to hit the ground running, there are many things that a president-elect must accomplish during the transition. According to the nonpartisan Center for Presidential Transition, these are the primary goals of a new president during this important time:

LISTEN: “How Presidential Transitions Usually Happen and What Could Be Different This Time,” from NPR

The weeks ahead may be pivotal to ensuring a smooth transition from the Trump administration to the Biden administration. The transition is an aspect of government that many people take for granted, and, except for the appointment of officials who require Senate confirmation, transitions take place largely out of the public eye. However, it seems that this transition will be closely watched for evidence of cooperation between political rivals.