Texas S.B. 8 and the Future of Reproductive Rights 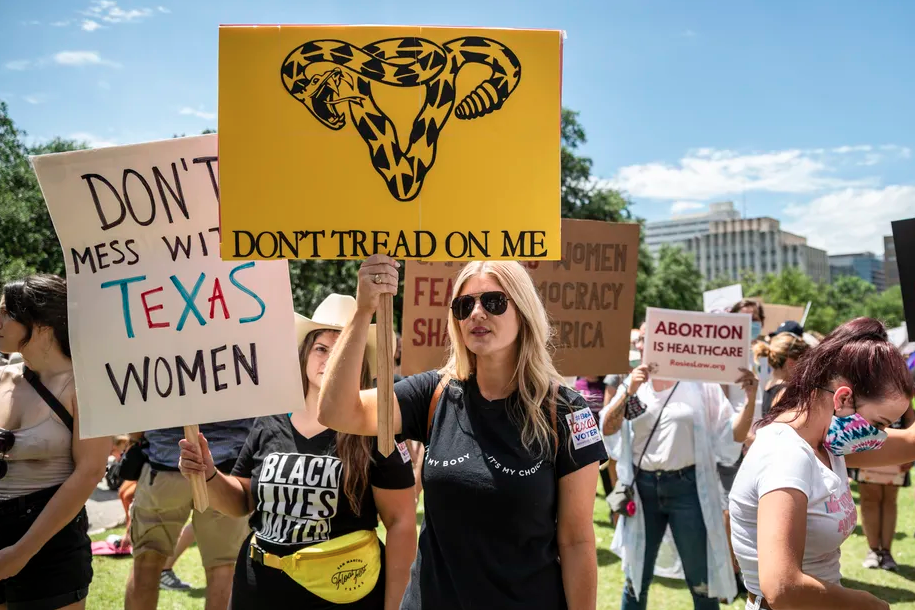 The law makes exceptions for “medical emergencies” but not for rape, incest, nonviable pregnancies, or fetuses with fatal or untreatable conditions. Doctors who perform abortions and persons who assist abortion patients can be sued by any citizen for $10,000 in civil court, with the person bringing the suit not liable for any legal fees if they win the case. At the same time, even if a defendant against such charges is successful in court, they are on the hook to pay their own legal fees.2

Many pro-life groups have cheered the new law, while pro-choice activists have called it a violation of women’s constitutional rights as established by Roe v. Wade (1973).3

Prior to 1973, some states allowed abortion while others restricted or outlawed it. A Supreme Court case, Roe v. Wade, changed all of that and resulted in the legalization of abortion across the United States. The Court’s 7-2 ruling cited a right to privacy in the 14th Amendment that extended to a woman’s right to make decisions about her own body. However, the Court found that the right to an abortion is not absolute, and that it must be balanced against the government’s interests in protecting women’s health and prenatal life.4

In Roe v. Wade, the Supreme Court ruled that no restriction (other than requiring that the procedure be performed by a licensed doctor and take place in medically safe conditions) could be placed on abortion access in the first trimester of pregnancy (up to 12 weeks). In the second trimester (up to 24 weeks), a state could apply restrictions related to a woman’s health. In the last trimester (25 weeks and beyond), a state could outlaw abortion unless it was necessary to save the health or life of a mother.5

The Supreme Court revisited the Roe v. Wade decision in Planned Parenthood v. Casey (1992). The 5-4 decision in Casey reaffirmed abortion rights but allowed for states to impose greater restrictions on abortion as long as the procedure was still ultimately accessible. The Court also changed the standard for banning abortion to fetal viability, or the point at which a fetus can survive outside the womb.6 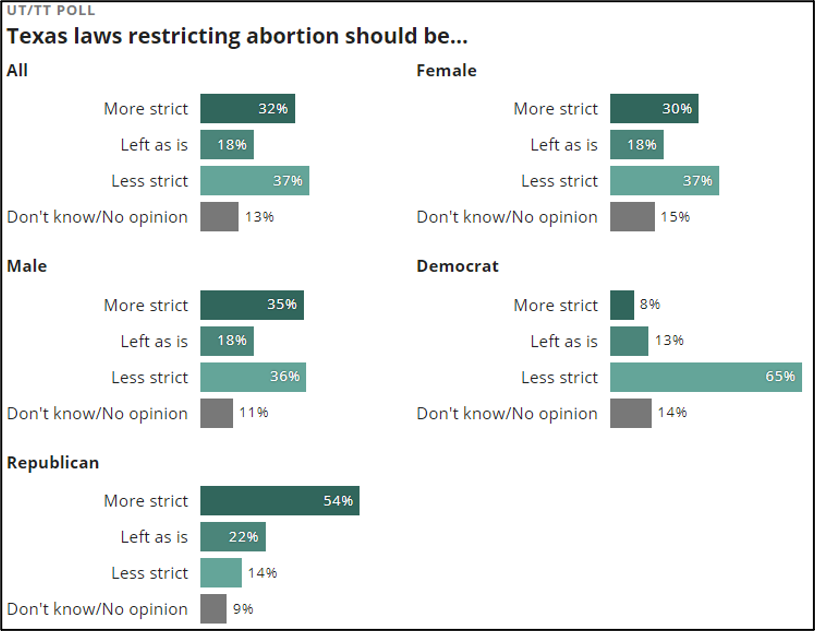 The Supreme Court’s prior decisions on abortion were all tied to restrictions imposed by governments. S.B. 8 makes it a crime to receive, deliver, or aid an abortion after six weeks of pregnancy. Penalties for violating the law are normally enforced by police and by officers of the state, which would make the new law unconstitutional on its face. Instead, by allowing individuals outside of government to sue violators for $10,000, it leaves the responsibility for enforcing the law in the hands of citizens.

Supporters of the law argue that it is not denying women access to abortion. It is simply showing that the people of Texas want more restrictions on the procedure than the federal government allows. Supporters argue that the law does not violate the Constitution and it represents the will of the people of Texas. (Prior to the law’s enactment, a University of Texas/Texas Tribune poll showed that 37 percent of respondents wanted to expand abortion rights, 18 percent wanted to keep the status quo, and 32 percent wanted greater restrictions on abortion.7)

Opponents of the law argue that the six-week limit functionally outlaws abortion, which is in clear defiance of the Constitution. They point to the fact that women cannot confirm they are pregnant until at least four weeks into pregnancy, giving them at most two weeks to schedule and receive an abortion in a state with a female population of 13.8 million and 22 facilities allowed to perform abortions.8 Opponents also point to what they view as an unprecedented and dangerous provision which empowers citizens to enforce the law and to profit financially from doing so at little cost to themselves.

Both before and since the Supreme Court’s decision on S.B. 8, other states have passed restrictions on abortion access, including new laws which were directly inspired by S.B. 8. Texas also recently passed S.B. 4, which limits access to abortion-inducing drugs after seven weeks of pregnancy with criminal penalties that include felony charges, fines, and jail sentences.9

The Supreme Court will hear a case involving Mississippi’s new abortion law on December 1, 2021. That law would ban abortion after 15 weeks of pregnancy and be enforced by the state, a direct challenge to Roe v. Wade that could possibly lead to the Court to overturn that ruling.10 If Roe were to be overturned, it could allow states to decide on their own abortion restrictions, including the possibility of banning the procedure.

« Deliberating About Pressing Issues
Back to all Posts
Supreme Court Preview: The 2021-2022 Term »