Conflict in Israel and the U.S. Response 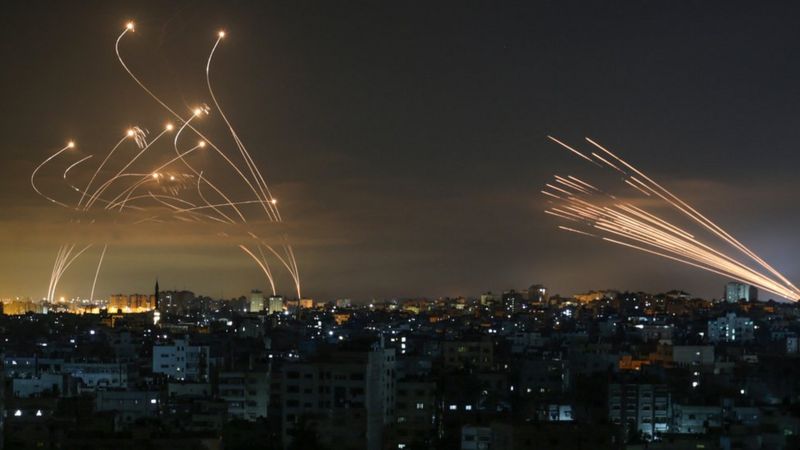 A ceasefire has brought an end to weeks of increasing violence between Israel and the Palestinian communities in the territory it controls, particularly the Palestinian Islamic-nationalist group Hamas. This latest outbreak of conflict ended a period of relative calm that had persisted for the better part of a decade. Adding to the complexity of the conflict is the role of the United States and emerging disagreements over what the nature of that role should be.

Israel’s history has been fraught with struggle and violence between Israeli Jews and Palestinian Arabs, even before the state of Israel was founded in 1948. Numerous wars with neighboring Arab countries and the lingering consequences of those wars also inform this issue.

If you’re looking for more information on the broader history of Israel and its Palestinian population, check out “Israel-Gaza Violence: The Conflict Explained” from BBC News.

Timeline of the Current Conflict

While the full history between Israelis and Palestinians is beyond the scope of this blog post, the current conflict does have an immediate timeline of events that can help shed light on the situation.

Historically, the United States has been a strong supporter of Israel and it remains among Israel’s closest allies. Public support for Israel, and specifically for the Israeli people, has remained fairly widespread in the United States, with roughly 70 to 75 percent of Americans expressing a favorable view of Israel in Gallup polls between 2018 and 2021. Sentiment toward the Palestinian Authority has gradually warmed over time, with favorability increasing from 21 percent in 2018 to 30 percent in 2021.9

A possible result of this shifting sentiment is an increasing number of lawmakers, particularly liberal Democrats, speaking out against U.S. policy toward Israel. Representative Rashida Tlaib, D-Mich., the nation’s first Palestinian American elected to Congress, has been vocal in her opposition to the Biden administration’s statements of support for Israel in this conflict and has spoken frequently about crimes she alleges Israel has carried out against its Palestinian population.10 Representative Alexandria Ocasio-Cortez, D-N.Y., also made headlines when she recently drafted a resolution to block a $735 million arms sale to Israel, a resolution which has gained the support of other prominent officials such as Senator Bernie Sanders, I-Vt.11 Most Democratic leaders have yet to publicly make such criticisms, but the willingness of any national politician to be so openly critical represents a significant development and a likely shift in Democratic voters’ opinions.

On the other side of the aisle, Republicans have remained steadfast in their support for Israel, choosing either to not comment beyond voicing their support for Israel’s right to defend itself or to outright condemn Democratic colleagues who have voiced opposition. Senator Ted Cruz, R-Texas, accused Ocasio-Cortez and other Democrats of “regularly engaging in hateful antisemitic and anti-Israel rhetoric,” while Senator Tom Cotton, R-Ark., has criticized the Biden administration and suggested that President Joe Biden will yield to the “far-left” and block the upcoming arms sale.12

For its part, the Biden administration has been relatively cautious in its public statements on the Israeli Palestinian conflict. Initially, the administration made little commentary beyond President Biden affirming Israel’s right to protect its interests.13 However, on May 19, it was reported that President Biden held a call with Israeli Prime Minister Benjamin Netanyahu urging a de-escalation of the conflict. Despite this, Netanyahu recommitted to the offensive against Hamas as necessary for any ceasefire to occur.14 Although a ceasefire has now been agreed to, this seeming divide between the two leaders has fueled speculation about how the U.S.-Israeli alliance will evolve moving forward.

Calm or Chaos: The Role of the Media During a Crisis