The United States’ Exit from Afghanistan 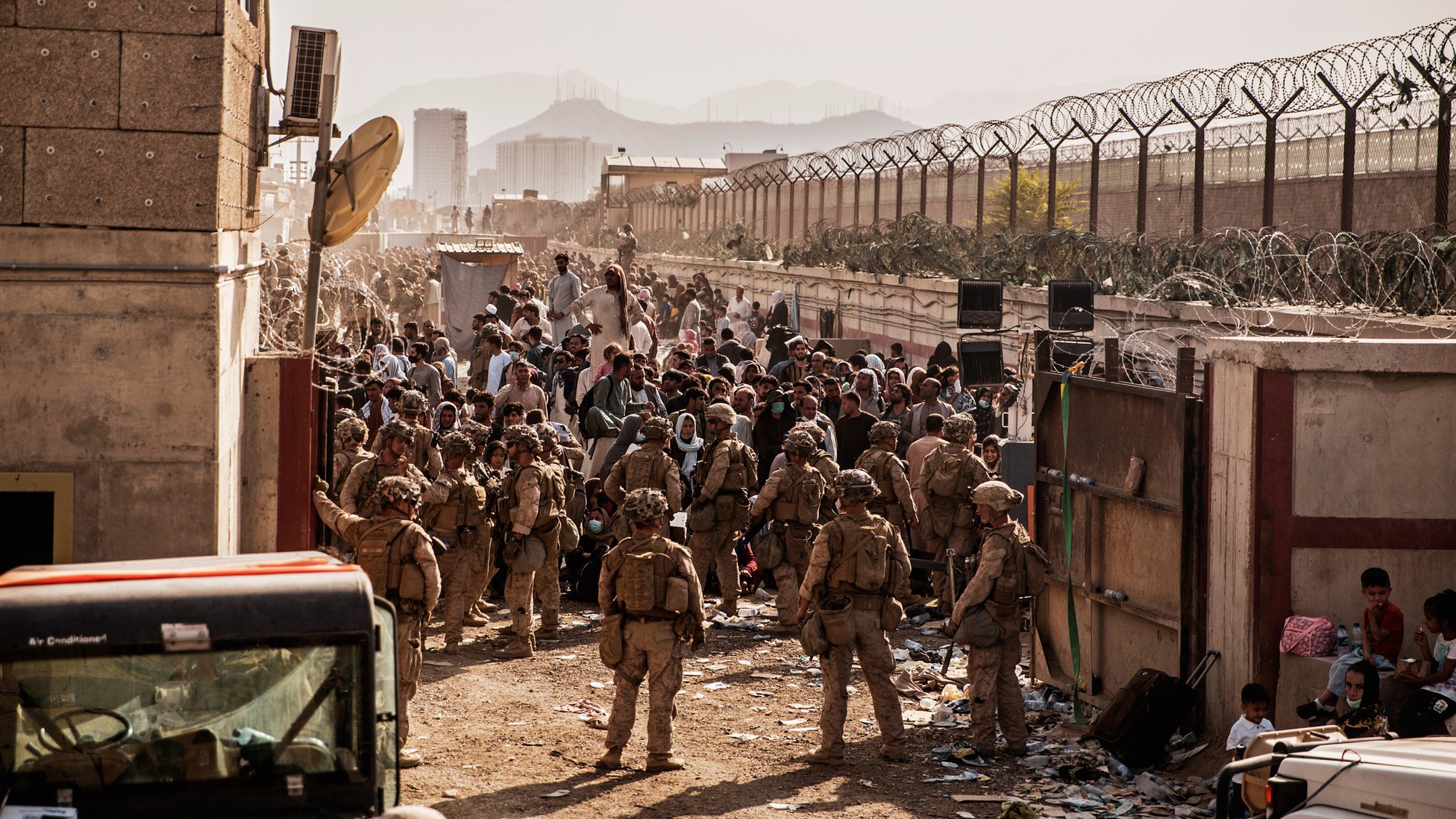 After 20 years of U.S. troops maintaining a presence in Afghanistan, the United States began the process of ending its longest war by removing military forces from the region. Ever since he was vice president, President Joe Biden has been a strong advocate for reducing the scope of the military mission in Afghanistan in order to focus more on global counterterrorism efforts.1 In April 2021, he announced that he would fulfill his campaign promise to end what he calls the “forever war,” which began as a result of the terrorist attacks on September 11, 2001.2

On August 31, 2021, the last U.S. troops departed Afghanistan and President Biden declared the war in the region finished. “My fellow Americans, the war in Afghanistan is now over,” he said in an address to the nation. “It was time to be honest with the American people again. We no longer had a clear purpose in an open-ended mission in Afghanistan. After 20 years of war in Afghanistan, I refused to send another generation of America’s sons and daughters to fight a war that should have ended long ago.”3

According to Brown University’s The Cost of War Project, at least 801,000 people have died as a direct result of war violence in the post-9/11 conflicts in Iraq, Afghanistan, and Pakistan, with approximately 157,000 of those casualties attributed to Afghanistan.4 This number includes armed forces on all sides of the conflicts, contractors, civilians, journalists, and humanitarian workers.5 The monetary cost of the War on Terror comes to roughly $6.4 trillion, not including the economic effects of job losses and increased interest rates in the United States.6, 7

The heavy costs of this war have encouraged political leaders on both sides of the aisle to discuss an exit from Afghanistan for several years, but it was President Biden who ultimately decided to make the move. Since the exit began, the Biden administration has been under fire for its handling of the withdrawal, with many critics arguing that the exit was chaotic, poorly planned, and poorly executed, and that it wrongly left behind unknown numbers of Afghans who had risked their lives to support U.S. military efforts over the last 20 years. Supporters of the exit point to years of bad decisions that led to a no-win situation, arguing that President Biden should be praised for making a decision his predecessors talked about but never followed through on.

Over the course of the 18-day exit, more than 120,000 Americans and Afghan partners evacuated the country, but not without loss.8 At least 180 Afghans and 13 U.S. troops lost their lives—the majority in a suicide bombing that took place on August 26 as troops guarded the Kabul airport, attempting to evacuate remaining U.S. citizens and Afghans from the warzone.9

The withdrawal left behind between 100 and 200 people, which has brought harsh criticism of President Biden’s evacuation strategy. When asked about the individuals remaining in Afghanistan, General Frank McKenzie, head of U.S. Central Command, stated, “The military phase is over, but our desire to bring these people out remains as intense as it was before. The weapons have just shifted, if you will, from the military realm to the diplomatic realm, and the Department of State will now take the lead on it.”10

Other critics of the exit strategy believe that the United States should have kept a small number of troops in the region as a stabilizing, strategic force rather than completely withdraw. To this, President Biden said, “When I hear that we could’ve, should’ve continued the so-called low-grade effort in Afghanistan at low risk to our service members, at low cost, I don’t think enough people understand how much we’ve asked of the 1% of this country who put that uniform on.”11

Citing his years of foreign policy experience directly related to this war, President Biden called the withdrawal a success and said, despite claims to the contrary, it had the full support of all of his political and military advisors.12 Some members of Congress urged President Biden to push back the August 31 withdrawal deadline, but he refused, saying, “I was not going to extend a forever war, and I was not going to extend a forever exit.”13 He also stated that, “We will maintain the fight against terrorism in Afghanistan and other countries. We just don’t need to fight a ground war to do it.”14

In his speech, President Biden reiterated his purpose for the withdrawal. “The fundamental obligation of a president, in my opinion, is to defend and protect America—not against threats of 2001, but against the threats of 2021 and tomorrow,” he said. “That is the guiding principle behind my decisions about Afghanistan. I simply do not believe that the safety and security of America is enhanced by continuing to deploy thousands of American troops and spending billions of dollars a year in Afghanistan.”15

« The House Passes the John Lewis Voting Rights Advancement Act
Back to all Posts
Vaccine Mandates: The Way Out of the Pandemic or Presidential Overreach? »