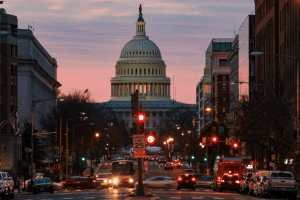 The 117th Congress was sworn in on January 3, 2021.1 This is the most diverse Congress ever,2 with a record number of women and LGBTQ members, a slim Democratic majority in the House, and a Senate that is still up for grabs due to runoff elections taking place this week in Georgia.3

Clearly, the new Congress will be busy. The Senate will hold confirmation hearings for President-elect Joe Biden’s cabinet nominees for the first portion of the year,4 and both chambers will be consumed by legislation to respond to the COVID-19 pandemic and the economic harm it is causing.5

In a new Congress, no old business from the previous Congress is carried over. So, any bills that were introduced in the 116th Congress but did not pass must be introduced again if they are to be considered. It is not always clear which issues a new Congress will prioritize, but there are some signs that the 117th Congress will take up legislation to create jobs and to address environmental issues.

Lawmakers introduced several bills in the second half of 2020 to do just that. One bill, the 21st Century Civilian Conservation Corps Act, aims to help rural areas by employing people to plant trees, engage in forest and rangeland management, and clean up waterways.6 A second bill, the RENEW Conservation Corps Act, is similar but more all-encompassing, focusing on urban and suburban greenspaces as well as rural communities.7 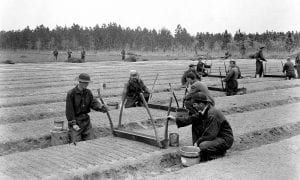 Both bills draw on ideas from the New Deal, specifically the Civilian Conservation Corps (CCC), which began in 1933, ran until 1943, and employed over three million people in that ten-year span.8 On his campaign website, President-elect Biden endorses this approach, calling for a Civilian Climate Corps to “put a new, diverse generation of patriotic Americans to work conserving our public lands, bolstering community resilience, and addressing the changing climate, while putting good-paying union jobs within reach for more Americans, including women and people of color.”9

“This bill is a straightforward approach to creating one million jobs that can address maintenance and restoration of our greatest natural resources and recreation areas,” said Senator Dick Durbin, D-Ill., on behalf of his bill, the RENEW Conservation Corps Act. “This is an investment to protect the beauty of America’s natural treasures. If we are to leave these natural gifts to the next generation, we have to take responsibility in protecting them.”10

Representative Marcy Kaptur, D-Ohio, said of a similar bill, “Members of the 21st Century CCC will engage in the prevention of forest fires, floods, and soil erosion; reforestation and eradication of invasive species and flora disease control; and modernize, redesign, and construct trails and facilities throughout our nation’s natural spaces. This is a commonsense proposal that will not only improve the lives of Ohioans, but also countless communities across the country.”11

“Rural communities are increasingly being impacted by COVID and many already have been devastated economically by the pandemic,” said Senator Cory Booker, D-N.J., a cosponsor of the 21st Century Civilian Conservation Corps Act. “Our bill will make urgent investments in rural communities at a time when they are needed most by creating new jobs and training programs, planting billions of trees, and investing in our farmers and ranchers as part of the solution to climate change.”12

While it is not clear exactly what form these bills will take in the new Congress, it does seem likely that legislation modeled on the CCC will be introduced and will have the support of Democratic leadership and the newly inaugurated president.

« Norms, Rules, and Tradition
Back to all Posts
Insurrection at the Capitol »