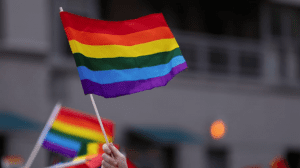 In February, Representative Ro Khanna (D-Calif.) introduced the Gender Inclusive Passport Act (H.R. 5962) in the House of Representatives. The legislation currently has 25 cosponsors, all of them Democrats.1 If the bill becomes law, it would create a third gender designation on U.S. passports—unspecified (X)—to join the existing designations of male (M) and female (F).2

“Respecting every American’s gender must extend to travel abroad,” said Khanna. “The freedom to move and express yourself no matter what should be guaranteed in this country. … Everyone in this country should have the freedom to express their preferred gender on passports.”6

Dana Zzyym, for example, has been unable to get a passport because they chose not to select either male (M) or female (F) when applying for a passport. Lambda Legal, arguing on behalf of Zzyym, stated, “Dana Zzyym just wants an accurate passport, an essential identity document that accurately reflects who they are. Yet, the State Department seems to be urging Dana to lie in order to exercise their right to travel.”7 One of Zzyym’s attorneys said, “Incredibly, the U.S. State Department is in effect requiring that Dana lie on the application form in order for them to get a passport. … Dana has been forced to challenge the State Department in court and, over the past several years, had to forgo multiple opportunities to present at international conferences because they cannot lawfully exit the country.”8

Opposition to Khanna’s bill largely hinges on the cost of implementation and security concerns. “In order to ensure that even a single passport issued to Plaintiff with an ‘X’ sex designation functions properly like a passport with an ‘M’ or ‘F’ designation, a host of modifications would be required to the entire system for issuing passports and recording their information,” the State Department noted in a legal brief. “The Department estimates these modifications would take approximately 24 months and cost roughly $11 million.”9

While the number of cosponsors for this bill continues to grow, it is unclear whether or not it will garner enough support to become law.

Students and teachers can learn more about the bill and contact their members of Congress to weigh in by clicking here.

« Public Health, Public Policy & Personal Responsibility: Coronavirus and the Common Good
Back to all Posts
Humans, Animals, and Viruses »