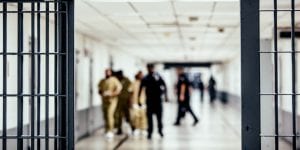 « Humans, Animals, and Viruses
Back to all Posts
Homeless People and the COVID-19 Pandemic »