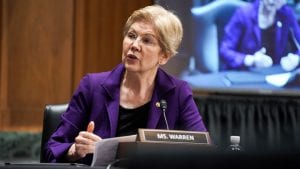 During her 2020 presidential bid, Senator Elizabeth Warren, D-Mass., put forward a tax on the wealthiest Americans—a so-called ultra-millionaire tax—as one of her central proposals.1 And on March 1, 2021, Warren introduced the Ultra-Millionaire Tax Act, which would “create an annual tax of 2 percent on the net worth of households and trusts between $50 million and $1 billion and a tax of 3 percent on net worth above $1 billion. The rate for net worth above $1 billion would increase to 6 percent if a ‘Medicare for All’ health care plan is enacted.”2

WATCH: Warren Argues for a Wealth Tax during a Democratic Primary Debate

A wealth tax would be a new form of taxation in the United States. The federal government currently taxes income, which is the money that people earn each year from their jobs and investments. Many states tax the value of a person’s real estate, which is a form of a wealth tax, but there is no current tax on wealth. Other countries have implemented wealth taxes in the past,3 and the state of California is currently considering a wealth tax as well.4 Warren’s proposal targets the wealthiest Americans, likely impacting roughly 100,000 families, meaning that 99.9992 percent of Americans would not be taxed.5

READ: “The Wealth Tax is Going Global,” from Bloomberg News

Arguments for the Wealth Tax

Arguments Against the Wealth Tax

For a more detailed discussion of a wealth tax, read our Controversial Issue in the News on the proposal.

« 156 Years and Counting: Reparations for Slavery in 2021
Back to all Posts
Restoring Confidence or Destroying Democracy? The Fight Over Access to the Ballot »