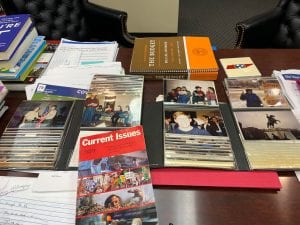 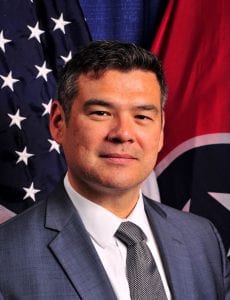 In preparation for his Close Up alumni interview, Patrick Sheehan dug through his memorabilia to find the Close Up Current Issues notebook he used during his January 1994 program. He was encouraged when noting that some metrics have improved since the 1990s (i.e. percentage of children in poverty, percentage of Americans holding a high school diploma), he also noted some metrics that have decreased over the years (student loan default rate) as well as issues that are still being debated (discrimination, women’s rights, and budget/deficit debates).

In the nearly 30 years since his Close Up experience, Sheehan still has vivid memories of his trip to DC. He keeps in touch with several of his classmates from Harrison High School (Kennesaw, GA) who attended, and also remembers his roommates from Arkansas (and their strong accents!). He reflected on the Close Up-led workshops that delved into heady issues, and the overarching concepts that ‘There’s nothing wrong with America that can’t be fixed by what’s right with America’ and that ‘Democracy is not a spectator sport’. The Holocaust Museum had just recently opened, and Sheehan remembers the smell of the room at the end of the tour, where there were just shoes signifying those who lost their lives. Sheehan acknowledges this as a teachable moment, for how easy it can be to tip into evil and how we must ‘feed our better angels’.

Sheehan appreciated that Close Up did not shy away from the meaty issues, and that student participants were treated as people who could think and were challenged to consider multiple perspectives. He grew up in a conservative district – which was represented by Newt Gingrich at the time – that has recently started to trend more blue. Meeting with his congressional delegation was a highlight of the week, including sitting down with Representative Gingrich who was minority whip at the time. 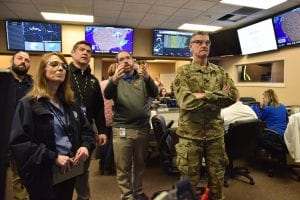 Over the years, Sheehan has found many ways to give back to his community, including his career path into public service. Although he’s worked in disaster relief for most of his career, Sheehan found this past year particularly emotional as his agency dealt with the COVID-19 pandemic – the longest running disaster he has faced. Appointed by the Governor, Sheehan works for Tennessee’s Emergency Management Agency, which has been part of the comprehensive team responding to the pandemic. In addition to dealing with a healthcare crisis that had broad impacts across the state, Sheehan’s agency also had to deal with shorter term crises (like tornadoes that hit the state in March and April 2020) as they occurred.

Despite the critical work that Sheehan is asked to do on a daily basis, he graciously took the time to talk to Close Up, and share his perspective on the importance of service and civic engagement:

What does citizenship mean to you today?

Being a citizen means participating in our communities; there is a duty in a free society to serve in some way.  There are many forms that service can take but being informed is a critical part of the equation. I think it is actually more difficult to be informed today than when I was growing up. There are too many ways to find ourselves in an echo chamber and not have your viewpoint challenged. This is something that Close Up really excels at – exposing students to these different perspectives. It might not change your mind, but you walk away with a greater respect for the other side. I think it was former Senator Baker who said ‘Remember the other fella might be right’.

What is your favorite part of your job?

Making sure that government works when people might be at their darkest moment. You have to dig sometimes to be successful, and know that you can always be better than you were in the past – learning from mistakes. It’s important not to get bogged down by your critics.

What is something that would surprise people about your job?

How hard public servants work, and how much they care about being economical while still making a positive impact in people’s lives. I know that this was surprising to me when I first started in this work! I am honored that every day I get to serve my fellow Tennesseans.

What is one thing you wish someone had told you before going into this field?

That a perfect outcome is not possible.  It is not possible to meet every need of every organization or person.  Unlike the private sector we have a duty to serve everyone, especially those that might be harder to reach.  It takes time to help people understand what levers to use to improve their communities and their own personal preparedness.

How would you describe someone who would excel at this work?

You need to have a lot of patience and persistence, maintaining a long view. In disaster / emergency management, it’s impossible to know if you’re adequately prepared; you’re working in a fairly abstract environment. The closest analog is the military during peacetime – you won’t know how prepared you are until you are tested in real time. You review case studies to see what has been done well, and what can be done better. Ultimately, you want a sustained investment that can lower risk in the long term.

What advice would you give students?

Whatever path you go down – business, public service – be engaged. This could be with your neighborhood association, HOA, or school board.  We’re all wrong to some degree; look at HOW you are wrong and work on getting out of your echo chamber to experience different viewpoints. Finally, just treat people well. That really goes a long way.