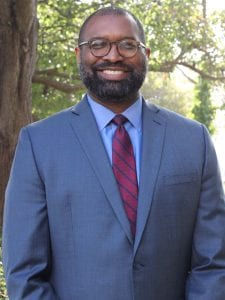 Growing up in rural Georgia, Alton Nelson was thrilled when he was offered an opportunity to participate in Close Up’s Washington program as a student at Temple High School. At the time, eighth graders were part of the high school (endearingly called “sub-freshmen”), but this did not deter or preclude Nelson from attending with his GATE program peers. The cost to participate was significant for Nelson’s family to consider. After talking to his mom and step dad, they decided it was worth the effort and Nelson worked alongside his step dad selling Amway products to raise the program tuition. 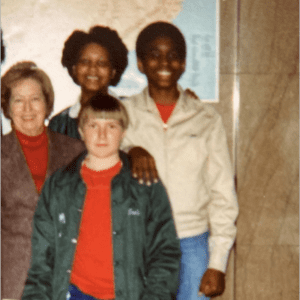 Despite the years that have passed since his Close Up program, Nelson maintains strong memories of the experience. It was springtime in DC, and he was lucky enough to be in our nation’s capital during cherry blossom season. He vividly remembers the sites they visited—the Capitol, the Smithsonian museums, the Lincoln Memorial. You can still hear the awe in his voice as he talks about what it was like as a young student to see the seat of our nation’s government. He notes that it was truly something to understand, that DC is part of our country and this is our capital. He feels a strong sense of pride in those facts—particularly when reflecting just weeks after the January 6 attack on the Capitol.

Nelson’s Close Up trip created in him a strong foundational belief in the importance of citizenship. Once you see the government and democracy in action, it is “like proof of life,” and you truly understand its significance. He also reflects on the fact that although the U.S. system of government contains flaws, there are processes in place for making change in nonviolent ways. Nelson believes that we are at a point in our nation’s history in which it is critical to foster in individuals a desire to positively engage. He reflects on the Civil Rights Movement, and notes that growing up in a segregated community informed his perspective while on Close Up. His grandfather was the first person of color to be a poll worker in his town, demonstrating early to the family the importance of civic engagement.

A few years after his Close Up trip, Nelson attended Boys State as a junior, an experience he was able to more deeply appreciate because of what he learned on Close Up. As an undergraduate at the University of California Los Angeles, Nelson switched to become a history major after initially entering the pre-med program. A summer job working at a local camp that served low-income youth from the Los Angeles region started him down the path of education, and he dreamed of ways to make a significant impact.

While working on his graduate degree at Harvard’s School of Education, Nelson’s interest in starting his own school took seed, although at the time he had no idea how to make that vision a reality. But the timing aligned with the launch and take-off of charter schools, and Nelson secured a fellowship from KIPP to learn how to start his own school. Since then, Nelson has focused his work in communities that are historically underserved, and is currently serving as the chief executive officer of Making Waves Academy in Richmond, California.

How do you engage in your community?

Most importantly, I vote in every election. My job is in direct service, so I don’t have as much free time to add outside of that. But I make sure to take the time to read about ballot initiatives before I vote, and donate to causes and candidates that are trying to move important issues through the political process—like climate change. I also wrote a lot of postcards to voters during COVID to get out the vote.

What is one thing you wished people would have told you before going into education?

I knew it would be hard, but I wish someone had told me early in my career the importance of finding a mentor. I would have cultivated one earlier if I had known how important it would be as I moved through various roles.

What general advice do you have for students?

In addition to identifying a mentor, taking the time in your youth to learn about yourself. Use your teens and twenties to figure out what you like doing and don’t like doing and follow your passion! Don’t let a “no” deter you from seeking opportunities. You just need to keep trying until you get a “yes.”

The easy answer—young people. This is the primary reason I went into education and dedicated my professional life to working with the younger generation. I have also always been motivated by big ideas, particularly ones that benefit society and education. Finally, leaders whose decision-making and approaches are strongly grounded in ethics, values, and principles such as fairness and equity never cease to inspire me in my personal and work life.

What are your proudest accomplishments?

Professionally, being able to start and run my own schools. On the personal level, becoming a dad has been one of the most incredible experiences of my life. I am also very proud of my personal academic achievements. Growing up in a segregated, rural southern town, I never envisioned I would get a graduate degree from Harvard. I was also very lucky to be able to live in Europe for a while after college, and having the opportunity to play basketball overseas.