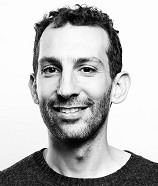 Paul Schreiber identifies himself as a storyteller, organizer, and engineer, and has successfully combined all three elements in his career. His record of political involvement includes campaign work in his native Canada, as well as south of the border in the United States. He has worked on computer systems for two globally recognized companies, Apple and ESPN, and has also been involved in numerous projects focused on the intersection of civic engagement and technology.

Curiosity and enthusiasm drove him to learn the basics of computer programming at a young age. While a student at Nelson High School in Burlington, Ontario, he built the school’s first website and online course catalog. Schreiber’s connection to Close Up came indirectly through another interest: baseball. Having learned to keep score and compile statistics for his father’s softball team, he had the required qualifications when the baseball team decided to recruit a statistician. Working with the team introduced him to the baseball coach, Ken Boichuk, who also taught history and became one of his favorite teachers. Mr. Boichuk organized the annual Close Up trips through the 1980’s and 90’s, and encouraged Schreiber to join the Close Up DC trip in 1995. His Close Up experience provided lessons about active engagement that proved valuable in the coming years.

Schreiber later studied computer science at the University of Waterloo as a co-op student, meaning that he alternated semesters between study and internships. Mobilizing for a referendum on representation for co-op students in campus government gave the budding organizer his first taste of campaign work. One of his co-op internships was for Southam Inc., then Canada’s largest newspaper chain. He worked at The Hamilton Spectator with writers and technologists at a time when journalism was adapting to the new technology of CD-ROMs and widespread access to the internet was just on the horizon. Schreiber learned that news media would no longer be bound by traditional modes of production and distribution. He also gained a deeper appreciation for a vibrant free press, reinforcing Close Up’s lessons about being an informed citizen.

In 2001, Schreiber graduated with a job at Apple, where he worked on the primary Mac operating system. He lent his services as a software engineer to the Obama campaign in 2008, and eventually went on to pursue projects that incorporated his experience with political engagement and building software. These included developing tech solutions to bolster voter registration and turnout as the Chief Technology Officer at TurboVote, and leading a team at the Avaaz Foundation to build an online fundraising platform and harness social media for campaigns. He also found time along the way to serve as an Assistant Campaign Manager in the 2011 federal election for the Green Party of Canada in London, Ontario.

Schreiber joined ESPN’s New York office in 2014, where he currently works as a web developer for two of its online platforms, FiveThirtyEight and The Undefeated. FiveThirtyEight, founded by statistician and writer Nate Silver, is noted for analysis and commentary on sports, politics, and economics. The Undefeated explores the intersections between race, sports, and culture.

Mr. Schreiber spoke with us from his home in Brooklyn, NY.

CU: How did you decide to attend Close Up?

PS: My path to Close Up started with taking on the role of scorekeeper and statistician for our high school baseball team. The coach, Mr. Boichuk, also stood out as a great educator among the history teachers at Nelson. He taught courses in American and Canadian history. I enjoyed taking both classes, especially the humor he inserted into his exams. He encouraged me to go with our school group to participate in the Close Up program in Washington, DC. Without that connection, it’s unlikely I would have known an opportunity like Close Up was available.

CU: Can you share some of your experience with civic engagement after Close Up?

PS: At the University of Waterloo, the Federation of Students includes a council with representatives from each faculty and college within the university. However, co-op students lacked representation on the council. A group of us organized a campaign which resulted in a successful referendum to include a co-op student representative in that body. Unfortunately, the funds to make it possible were not authorized, but the experience was still instructive. I was able to apply lessons from that campaign to persuade and mobilize supporters with Obama for America and the Green Party of Canada. In my work on these campaigns and with TurboVote, I worked with teams to help voters register more easily, find their polling places, and understand campaign issues.

CU: What drew you to a career in software engineering?

PS: I got my first experience with computers because of my father. As a school teacher, he was able to bring home a Commodore 64 system during summer vacation. It was exciting to build things for myself, especially once I learned that you could work with computers not just as a hobby, but also as a career. My studies at Waterloo taught me that success in professional software engineering requires more than just understanding the technical aspects of a problem, but also how to work with groups. You don’t build complex systems by yourself.

It also matters how people will use the end product, because what you create doesn’t exist in a vacuum. A recent example of the consequences of design flaws was Hawaii’s mistaken missile alert in January 2018. Many systems require a warning before an irreversible action can be executed, which prompts a user to affirm the decision. That was not the case in this circumstance. A technician apparently clicked the wrong button on a poorly designed screen, and there were not sufficient measures in place to prevent the false alarm. This case demonstrates how vital it is to consider how people will use something when they are tired or under pressure.

CU: What advice do you have for students considering careers in your field?

PS: For those interested in careers in technology, take advantage of the opportunity provided by the internet to teach yourself. Look into open-source projects and build things on your own. Find discussion boards and mailing lists where you can help others with their undertakings and ask for help on yours. Connecting with others is easier today than it was in the 1990’s.

The best way to learn any technology is to “scratch your own itch”, by which I mean find a problem and try to solve it. For example, I’ve run a house concert series for the last 15 years, which required me to build a website and design a system for invitations and bookings for our musical events. Whatever activity you do – like collecting or playing a sport – there is probably something about the experience that you can improve. Build a real project for something or somebody you care about.

Another component of being successful is finding opportunities where you can learn from others. I had great colleagues at Apple who were developing products to be used by millions of people. They were very helpful, and happy to take time to explain their work. I learned a lot during my time there.

CU: How have you found ways to get involved in your community?

PS: It was a nuisance on my block that got me involved with local government here in New York. Along with others in my neighborhood, I elicited help from our district community board to deal with overflowing clothes collection bins put on the streets by a corporation masquerading as a charity. Members of the board prompted action from the Department of Sanitation, and a change was implemented to make it harder to replace the bins after they were removed. Knowing about our community board enabled us to fix a problem on our block, and I hope that in some small way we helped make the city a little bit better.

I’m currently involved with Transportation Alternatives, an organization that advocates for better public transit, walking, and cycling for New Yorkers. Design, education, and enforcement are three critical priorities to consider in the formulation of transportation policy. The design of safe options for cyclists and pedestrians is one of the best ways to save lives in New York City.

PS: Citizens have the choice to be active participants or passive observers of the communities around them. Whether active or passive, they all use things provided or regulated by the government, including roads, clean air, garbage pick-ups, and utilities like gas and water. Being an informed citizen includes an awareness of what government means in daily life.

Citizenship in a legal sense means having the right to vote. Voting in Canada is relatively simple – voters elect one representative in the federal parliament, one in the provincial parliament, and potentially a handful of municipal officials and school board members.

Federal elections in the US involve voting for a congressional representative, senator, vice president, and president. Voters pick governors, lieutenant governors, state legislators, public prosecutors, county board members, judges, and more in state and local elections. Voters in some Vermont towns elect an animal control officer (still called a “dogcatcher” in Duxbury, VT). Floridians vote for members of mosquito abatement boards. Referendums and ballot initiatives determine what laws are enacted or repealed in states like California. Understanding the processes, postitions, and issues in national, state, and local elections can make the job of the “informed citizen” quite complicated.