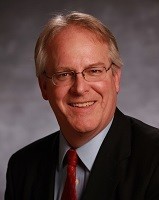 The Vietnam Veterans Memorial on the National Mall had recently been dedicated when Randy Schipper began training as a Close Up Program Instructor. As a 1982 graduate of Aquinas College in Grand Rapids, MI, he was just old enough to have clear memories from the height of the war debate. However, the high school students in his workshops were too young to remember the tumult. He addressed the subject directly with them, as the Vietnam War was not yet an established part of the average high school curriculum.

Mr. Schipper is one of a select few who is alumni twice over. He first came to Close Up in 1977 as a student from Rogers High School, in Wyoming, MI, and returned to work as a Program Instructor in 1983. He could fill volumes with Close Up memories, especially those from his days leading students on Capitol Hill. Once he was accidentally ushered into the private elevator for Senate members, where he overheard sensitive details of the Reagan-era Strategic Defense Initiative, nicknamed “Star Wars” after the 1977 hit film. He regularly crossed paths with legendary legislators like Senators Barry Goldwater (AZ) and Bob Dole (KS) when they met with student groups. Senator Dole, a future presidential nominee in 1996, met with Mr. Schipper for lunch before several of such meetings. These candid discussions helped to influence his eventual career decisions.

Following his time with Close Up, Randy attended law school at the University of Illinois, and eventually returned to the Grand Rapids area in Michigan. There he started a family and built a successful legal career at Cunningham Dalman, PC, helping clients navigate state and local government regulations as a partner in its Real Estate and Environmental Law Practice Group.

He began serving his Western Michigan community on the West Ottawa Public Schools Board of Education, winning his first election by just 38 votes in 2005. His position on the board which oversees 12 public schools, brought him into a public role requiring tough choices. Balancing the district’s budget during an extended recession meant enacting some difficult cuts and deferring a raise for teachers. However, Mr. Schipper and his fellow board members avoided the teacher layoffs prevalent in other districts. In June 2017, he won a six-year term on the Ottawa Intermediate School District Board of Education, overseeing more than 100 educational institutions, including 18 private and 7 public charter schools.

Mr. Schipper generously took time to speak with us by phone from his office in Holland, Michigan:

CU: What are some of the enduring memories from your Close Up program experiences?

RS: Learning from Senator Dole about his personal experiences made a lasting impression on me. Like many young people who come on Close Up, I had ambitions for a DC political career. He made clear how tough it is to have an impact on that world and still have a real life back home. Family was always a priority of mine for the future, and I didn’t want to deal with the challenges he described.

CU: Where were your favorite sites to bring students as a Program Instructor?

RS: This was 1983, post-Vietnam, and most of the students didn’t really know much about the war but had relatives who had served in the military. They were almost in awe walking through the Pentagon. We had fun going to the Soviet and Israeli embassies. I always enjoyed the Jefferson Memorial too, having students read quotations on the wall and put his work into historical context.

CU: How do you approach cooperation with opponents in the legal and political realms?

RS: We often have to work with somebody on the other side who has different interests. They’re not demons, so there’s no point in demonizing them. Opposing parties need to feel they can get something done and move forward. Deals usually end up dying on the vine when one party takes the “my way or the highway” approach. When I see factories, office buildings, and schools getting built, that growth is possible because of some give and take. Civic leaders used to get things done by identifying and addressing the needs of both sides, often without getting headlines. Bob Dole faced criticism for being that sort of dealmaker during his presidential run. Unfortunately, many politicians seem more intent on getting attention rather than action in the current political climate.

CU: What is your proudest accomplishment?

RS: It hasn’t been anything huge or heroic but rather smaller things, like chairing a successful bond campaign for the district and securing funds for a high school International Baccalaureate program. We were able to negotiate a teacher contract to get through a pretty severe recession without having to lay off teachers, though going without a pay raise didn’t make them happy at the time. We recently got a change in state law to allow any Michigan school district to join in partnership with a community college. Those didn’t make big headlines, but with each I tried to make things better for the community.

RS: What I’ve learned is that rights come with responsibilities. I attended several institutions for my undergrad, going where I could get scholarships. Somebody created a community institution, Grand Rapids Junior College, which I could attend when I could not afford a big university. I had no idea who founded the community college and no idea why they founded it, but without it, I wouldn’t have been able to move forward. They took responsibility for making the world better for people like me.

We get our liberties from citizens who’ve sacrificed. If you hear the name John Peter Zenger (an 18th-century newspaper editor who stood trial over publication of controversial content), you discover that people like him helped secure our right to a free press. We won civil rights by the effort of Americans like Martin Luther King, Jr. and John Lewis, who marched and took batons to the head to force recognition that Jim Crow laws were wrong. Empowered citizens must be willing to do something rather than go along, mind their business, and not worry about the rest of the country. We owe as much as those previous generations and don’t get a pass just because they already paid the price.

CU: What advice do you have for young people considering career options?

RS: Pick a profession you can enjoy because you’re going to spend a whole lot of time on it. If it doesn’t involve doing something for others, then I think people have a responsibility to do that some other way. Devote your energy to something bigger than yourself. There are a thousand different ways to do it.