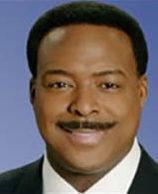 Leon Harris may have moved to Washington in 2003 to become a news anchor for WJLA ABC7, but his first trip to DC was for a Close Up program in the spring of 1979. Arriving by bus from Akron, Ohio, Harris recalls seeing the sites of the nation’s capital for the first time and thinking: “Wow, it’s really here. The Lincoln Memorial, the Washington Monument . . . it’s all really here!”

Having never left his home state except for visits to family in Pittsburgh, Harris says his Close Up experience changed his life, helping him see “that the people who came before us, who made all this happen, weren’t just pictures of folks on stamps or in my social studies textbook. I walked out of the Capitol saying, you know, I can be a part of this. I can – and I should – be a part of this.”

Since that transformative week, Harris has had tremendous success. After attending Ohio University as a National Merit scholar, his passion for television led him to an internship at CNN. He then spent the first part of a twenty-year career with the network on the technical side of the industry. He mastered the art of satellite placement and learned about connecting viewers with news from around the world. It was that knowledge of world events, plus a natural gift for communication and a telegenic presence, that led to an opportunity to go in front of the camera. There, he says, he “fell in love with the job of news gathering” and credits CNN founder Ted Turner with creating a culture which was committed to helping “democratize information” to make sure that everyone has access. “Much like the mission of the Close Up Foundation,” says Harris.

Currently the anchor of the evening newscasts at WJLA Channel 7 in Washington, Harris remembers his Close Up week fondly and believes that today’s young people must become civically engaged to succeed. “There are so many wheels that are turning around them [young people],” Harris says. “If you’re engaged, you have a chance to take those wheels and turn them in the direction you want them to go in.”