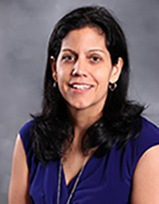 Considering diverse ideas is not only an important part of the Close Up experience, it has also proved to be a key part of Colleen Creighton’s success. Growing up on a farm in North Smithfield, RI, she never had an opportunity to have in-depth political conversations with students from other areas. However, once on Close Up, she and other students compared stories of growing up in cities versus rural areas, and discussed their families and backgrounds. Creighton and her fellow participants realized that not everyone grows up in the same environment, but that diverse perspectives can help you better understand public policy. 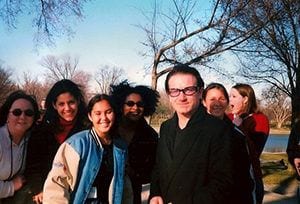 As her group continued to explore the city, Creighton saw people coming and going from the white marble buildings as part of their daily business, shattering the illusion that the monuments and Capitol building were used merely for postcards. During her week on Close Up, she learned that diverse ideas bring about the best conversations, and ultimately the best outcomes achieved for the largest number of people. She also learned that the people coming and going from the prestigious buildings were also just people, who you could talk to and interact with. On Capitol Hill day, she talked to her representatives and their staff members, and took away a valuable lesson that carried with her through her current work: everyone is as accessible and helpful as you make them.

After her experience with Close Up, Creighton studied Political Science at the Catholic University of America, and East European Studies in Germany. After graduation, she joined the World Teach Program, and taught in Poland. She brought these ideas of diversity and accessibility to her students and colleagues across the Atlantic, helping her students reach across different areas of study to bond with their peers and share their thoughts. They learned a song, put on a Halloween dance, and started a ‘letters to the editor’ style program to improve their community engagement. 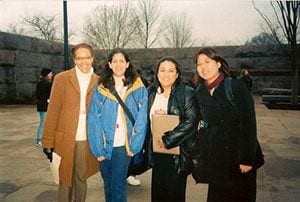 Upon her return to the United States, she also returned to Close Up as a Program Instructor, where she helped students debate current issues, connect with their ancestry through the Asia Pacific Program in Hawaii, and embrace the diversity within their workshop. Her favorite aspect as a Program Instructor was seeing students make connections with each other and with history. Creighton and all of the Close Up Program Instructors aimed to help students develop their thoughts and feel confident expressing them to others. Creighton enjoyed being a part of the students’ learning process and witnessing their progress throughout their time with her.

Creighton brought the ideas of diversity and accessibility with her to Europe, to her workshops during her time as a Program Instructor, and still uses them to fuel the growth and impact of the American Association of Suicidology (AAS), where she currently serves as the Executive Director. In this role, she brings together unusual stakeholders, and people with an authentic passion for making a difference. Since young people have higher rates of suicide and depression than other age groups, she seeks out students and community leaders who can build local support networks for those in need. In turn she hopes to facilitate a conversation about why young people feel that way, and how they can build a local community to support each other. 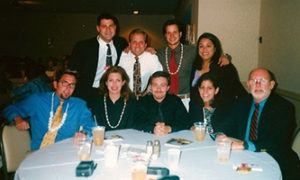 Creighton and her colleagues work every day to raise awareness about suicide prevention both locally and nationally. They are trying to change and improve the national conversation about suicide prevention by working directly with congressional members and staff to update the 2012 national strategy and expand guidelines and best practices. In 2018, legislation was passed that asked the FCC to coordinate with Substance Abuse and Mental Health Services Administration (SAMHSA) to explore the viability of a 3-digit number for suicide prevention, similar to ‘911’. In working with Congressional committees on this legislation, Creighton discovered that there are a lot of nuances to prevention, which reinforced her determination to include a variety of backgrounds and experiences to create the best logistical outcome for this hotline. In response to AAS’ community engagement and organization efforts, local schools and governments have responded by supporting their students and supporting young people who are most in need of care. Understanding positive changes will take time, Creighton continues to use her civic engagement and the lessons she learned from Close Up to change the conversation and the community around her.

Ms. Creighton spoke to us from her office in Washington, DC.

CU: What does leadership mean to you, and how to you embody that concept at your organization?

CC: Authenticity. Leadership means being authentic and passionate about what you want to do. As long as you are passionate about a cause or an outcome, you will be able to make it happen. People often feel like they need to create a rigid checklist to accomplish their goals, but you can make your own roadmap to getting something done. At AAS, we think about what we want to get out of a meeting, and set ourselves benchmarks for success, but we let the point person decide the method to getting there. I also keep an open door policy, which allows for a more horizontal style of leadership, and allows for more ideas to be included.

CU: What advice do you have for students, especially those that have a specific passion?

CC: Your career path and your life is not a checklist; there is no clear direction you have to go in. Not everyone follows the exact same path with a predetermined set of guidelines. Taking a creative route to accomplish your goals, or taking longer to get there is okay. Continue to reach out to people you think would be helpful and inspiring to you, ask questions, and learn from them. People want to help and are rarely offended by people asking questions, so reach out in whatever way you can. What is important is knowing where you want to go, and continuing to pursue your passion. The most fulfillment will come from finding your niche, and learning more about what you want to do every day. Success is not measured by a checklist, so don’t feel like you failed just because something didn’t work out on the first try.