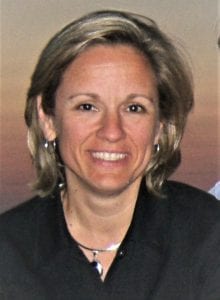 From a very young age, Carin Kale wanted to give back to her community. As a child, her mother brought her to the voting booth, showing her how to express her opinion. Since civic engagement was a priority for her mom, Kale learned from an early age how important voting is, and she hasn’t missed an election yet. During a seventh grade field trip, Kale got to see how the state government operated in Lansing, the state capital of Michigan. She learned about how representatives help their constituents solve problems and how they impact people throughout the state. As a high school student, she got involved with student government and other leadership programs to help make positive change. By the time Kale attended Close Up, she was prepared and excited to learn more about the federal government and potential career opportunities. 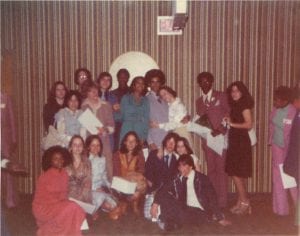 Close Up was Kale’s first experience on an airplane, and her first exposure to people making a national impact from Washington, DC. She recalls being impressed by the knowledge of the speakers on program and the variety of topics discussed. She also remembers meeting Senator Don Riegle (D-MI) and how the group could ask him questions. Kale still remembers the energy that the students and Close Up staff brought to the curriculum, and how well organized everyone was. She says her program offered an incredible opportunity to see people working on issues that would impact a great many people.

Throughout her education, Kale was interested in social and public service. After attending the University of Michigan for her undergraduate degree, Kale attended Boston University to earn a Master of Social Work. She intentionally chose a school located in a state capital, because she wanted more exposure to the operations of a state. She began her career in the Massachusetts Legislature, working on the budget writing committee. In this role, she learned about the variety of programs available at the state level, as well as the intricacies of both policymaking and budgeting. From this experience on the legislative side, Kale quickly realized that passing policy is only the beginning of making change. She realized that while passing policy in the legislature is beneficial, it is just as important to consider the “nuts and bolts of implementation.” The operational side, where people advocate for funding and decide how to set up a program, is also crucial.

Kale decided to move over to the executive branch of state government, so she could continue to develop programs and policies that would help communities in need. She worked in the Executive Office of Health and Human Services, focusing on community-based service providers and a governor-sponsored commission on domestic violence. She co-chaired the subcommittee that was created to provide survivors of domestic violence with transition services from their current situation and to improve the state’s ability to save lives and support individuals. Kale leveraged her knowledge of the budget process, partnered with decision-makers in the legislature, and worked with her colleagues to create educational materials. As a result of this hard work, the commission secured $3 million to expand domestic violence support programs across the state. Many people said that it would be incredibly difficult, if not impossible, to achieve the funding necessary for this program. However, the team was able to package information in a way that influenced and persuaded people to change how the state government handled domestic violence. Kale looks back on this work as the best part of her career; she gained tremendous satisfaction from contributing to programming and policy changes that affected people who would truly benefit from her work.

After strategizing about programs, staff, and resources, Kale was deeply involved in developing curriculum for childcare workers in need of domestic violence training. She worked with various partners and organizations to find out which training would be the most beneficial and why. She says that converting these ideas and conversations into training programs for childcare workers was incredible. With the research and organizational partners backing these changes, the childcare community embraced the training program and began to support it. Kale says that the key to gaining support was to create strong collaborations across organizations, to take changes slowly, and to focus on listening to recommendations rather than telling people what to do.

After years of public service at the state level, Kale has shifted her work to a more local focus. In June, she was elected town clerk in Hamilton, Massachusetts. She looks forward to helping the town come together to improve its government structure and continuing to help educate and build community engagement. Kale says that although government work does have its problems, if you can understand it and dedicate some time to it, whether as a paid employee or a volunteer, then you can really make a difference. She has been a member of the League of Women Voters for 25 years and on the local board for 12 years, including six years as president.

How would you describe someone who would excel in government work?

Looking back at my career, working at a variety of different agencies and in a variety of roles made me a stronger candidate, and allowed me to learn multiple strategies and approaches to solving problems. I never stayed in the same position for too long, and the more I moved around, the more I saw how things are done in different locations. I would describe someone who would excel in government as a person interested in listening, learning, collaborating, and building consensus.

The excitement of government is understanding various points of view and figuring out where there is room for compromise. People have strong opinions, and to them their opinion is right. I learned from working in the legislature, there is always at least one right answer. When navigating legislative or executive debates, there is always more than one right way to do things and people come into the role with strong reasoning, so compromise is important. Seeing issues in the eyes of the constituents and helping people come up with a decision may not solve the problem entirely, but it will move the needle on issues in the right direction. It keeps me going that I can continue making change.