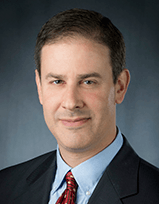 Before joining Close Up, Rudell spent three years working on Capitol Hill, completing a full congressional cycle. He witnessed the legislative process from start to finish: drafting a bill from an idea, walking it through committee and floor votes, securing approval from both the House and Senate, and finally attaining the President’s signature to make the initial idea a law. During his time on the Hill, Rudell frequently met with Close Up students. So when it was time to look for a new job, Close Up immediately came to mind.

Despite the passing of time, several aspects of his time as a Program Instructor still endure for Rudell. He reveled in the challenge of keeping students energized and engaged during early morning bus rides, enjoyed watching student comradery build from night one when no one knows most of their peers, through the end of week when the group has bonded, and building his own relationships with his fellow Program Instructors. Rudell also has fond memories of creating a special budget-focused session. He found it both challenging and exhilarating to develop dry topics like the federal budget into an accessible and interesting discussion for young people.

As a creative outlet, Rudell spent years performing and teaching improvisational comedy, and uses this medium with his students as a way to have them hone skills beyond academics. Additionally, he runs a fantasy football blog, stemming from a book he wrote while living overseas.

Rudell currently serves as Associate Director for Duke University’s Center for Political Leadership, Innovation, and Service (POLIS). POLIS seeks solutions to the problems of contemporary politics, and also helps prepare students to become political leaders and engaged citizens. Similar to Close Up, his current role enables Rudell to inspire the next generation, and to share his passion for the positive power of our political systems.

Mr. Rudell spoke to us from his office in Durham.

CU: What does the concept of citizenship mean to you? Has your impression of what makes a “good citizen” evolved over time?

BR: Citizenship is understanding what you believe and why? How your community will benefit from your perspective. If you believe that lowering taxes is a good approach, being an engaged citizen means finding out how to get your message across to those who can make changes. For example, Grover Norquist is coming to Duke in February 2019. Norquist is an unelected citizen who created a movement strong enough to convince elected officials and candidates to sign a pledge not to raise taxes. He had information, a vision, and a lot of gumption. From this example, students can learn how to turn an idea into a movement.

CU: Can you tell readers about the work you’re doing at Duke’s Center for Political Leadership, Innovation, and Service (POLIS)?

BR: The center is all about one-on-one connectivity. At POLIS, we strive to engage students who are interested, tap into the energy of those who understand value of politics and recognize their personal role in the democratic process. Parkland is a good example of young people realizing that they have a voice, then utilizing their voice to impact the national conversation around gun policy.

We have many politically informed students on Duke’s campus. The election this past fall, we aimed to mobilize students across campus to either get absentee ballots or vote on campus. We did a lot of public outreach and one-on-one meetings, resulting in a record number of students voting.

CU: How would you recommend that others keep engaged as citizens?

BR: We’re finding it critical to help young people understand that what they believe is not what everybody else believes. We want them to learn how to engage civilly now because it will only become more difficult later in life. Similar to Close Up and the role of the Program Instructors, at times we serve as referees to make sure students don’t feel shut out or intimidated and ensure we provide a safe space for both left and right viewpoints. Being positive and civil means you have a better chance at staying engaged in the system. Whatever an individual’s ideology, we must all respects each individual’s right to engage respectfully.

CU: What advice do you have for young people considering college and career options?

BR: Show up. Instead of e-mailing. call; instead of calling. show up in person. I work with students who are interested in working on Capitol Hill and I tell them to get up to DC and pound the pavement. During the summer of 1995, I cranked out over 50 customized cover letters and resumes for Hill jobs. In the end I got a job through a connection: one friend connected me to someone, who connected me to someone else. I talk to some students – very high-achieving students – who want to play the percentages rather than take the initiative to meet in person. Some believe their status as a student at a renowned school provides them the credibility needed to get a job, and are not as receptive to the power of networking. In the end, the persistent person who shows up has the best chance of being rewarded.

CU: You have a couple of interesting ways you pass time outside of work.

BR: One of my ‘hobbies’ is improv comedy. After I worked on Bill Bradley’s presidential campaign in 2000, I was wiped out. I was also at a point where I felt my career was in flux. I started doing improv that year, and really enjoyed the creative outlet. I actually taught improv recently. It’s a really great way to get people out of their own heads and force them to just react.

I also run a fantasy football blog. Several years ago my wife and I were stationed in Mumbai for her job as a Foreign Service Officer and I was telecommuting. I had already written a book on grassroots organizing and my experience on the Bradley campaign, and I decided to write another book on fantasy football as a creative outlet while overseas. I started the blog to publicize the book, and it has morphed over time to become its own community. Getting up at 5:00am to write new content for my blog continues to motivate me during the season. It provides me an outlet that is not tied to my job or family and gives me a chance to engage with different people.

I encourage my students to pursue hobbies outside of their academic pursuits. Having something to be excited about and focus on that has nothing to do with your career helps provide balance. It also gives you the ability to return to your job refreshed and motivated.